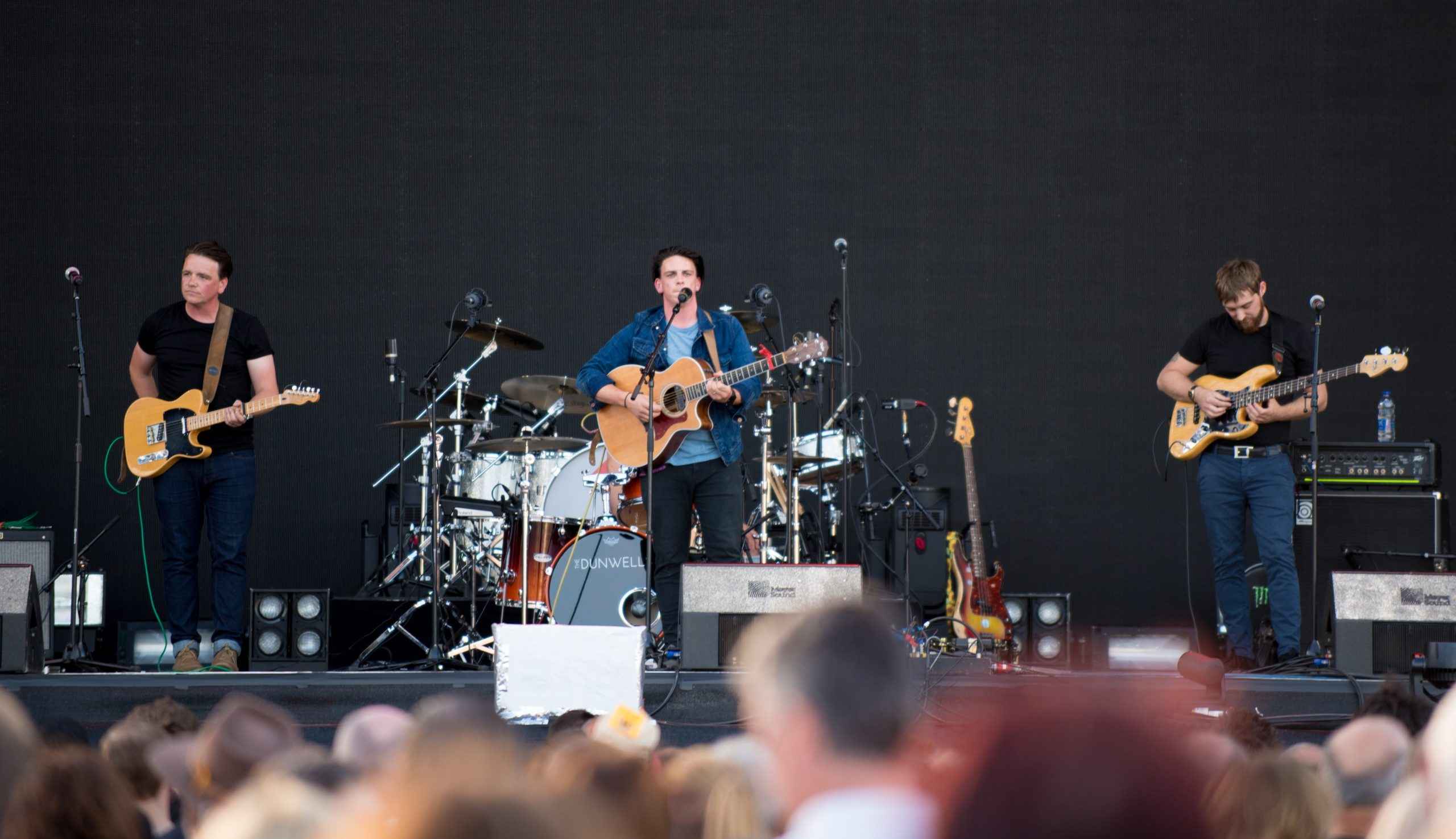 There may only be two members with the same surname, but The Dunwells are very much a band of brothers. Consisting of two siblings and two close school friends, the hardworking quartet from Leeds is preparing to release their new EP, LUCKY ONES, which Record of the Day has called “big, bold and even, at times, heroic… both inspiring and anthemic,”adding “[The Dunwells] have the tenacity and spirit to become a very big band.”

Indeed, that tenacity and spirit have brought the band members a long way since their school days. Joe Dunwell and his elder brother Dave grew up in a musical household and fondly recall flipping through their dad’s Bob Dylan and Beatles records, as well as hearing their mum singing along to Motown. Bassist Rob Clayton has been Dave’s best friend since childhood—in fact it was the Dunwell brothers’ dad who taught Rob how to play bass. Drummer Adam Taylor met Joe at college, where they bonded over their love of music. Joe explains, “When you put us together, our music becomes bigger than the four of us. There are moments when it stops being about how to put a song together, and we get a sudden feeling that something magical is happening around us.”

The Dunwells’ songwriting has grown over the years since school, enriched by extensive US and UK touring in support of the band’s 2013 debut, Blind Sighted Faith. “There were so many euphoric moments on tour, and we’ve tried to capture those feelings in the new songs,” says Dave. Those memorable moments included an appearance on Late Night With Jay Leno and performances at Lollapalooza, Austin City Limits Fest and the Bonnaroo Festival, as well as sold out shows across the UK.

Helping The Dunwells capture their best ideas on the new songs were producer Stephen Harris (U2, Kaiser Chiefs and The Wombats), songwriters Blair MacKichan (Sia) and James Flannigan (Kodaline), and Manny Marroquin (Kanye West, Rihanna, Pink), who mixed title track “Lucky Ones.” After being on tour for such a long stretch of time, the band had a renewed sense of self, which inspired much of their writing for this new EP. “Being away from home re-affirmed our identity,” remembers Dave. This sentiment was reinforced in Harris’ studio, an hour north of Leeds. “We felt at home there,” recalls Joe. “That northern feel was important. Not because we’re ‘a northern band,’ but there’s something about Stephen’s production that gives our songs a sense of place.” That strong sense of local pride shines through in songs like “Lucky Ones,” whose sentiment is universal but which is underpinned by a very English-strutting sound. “It’s about saying ‘Yeah, we are the lucky ones, come over here and look at us,’” explains Dave. “It’s not arrogance, but a reminder of how lucky we all are to be alive and how great life can be.”