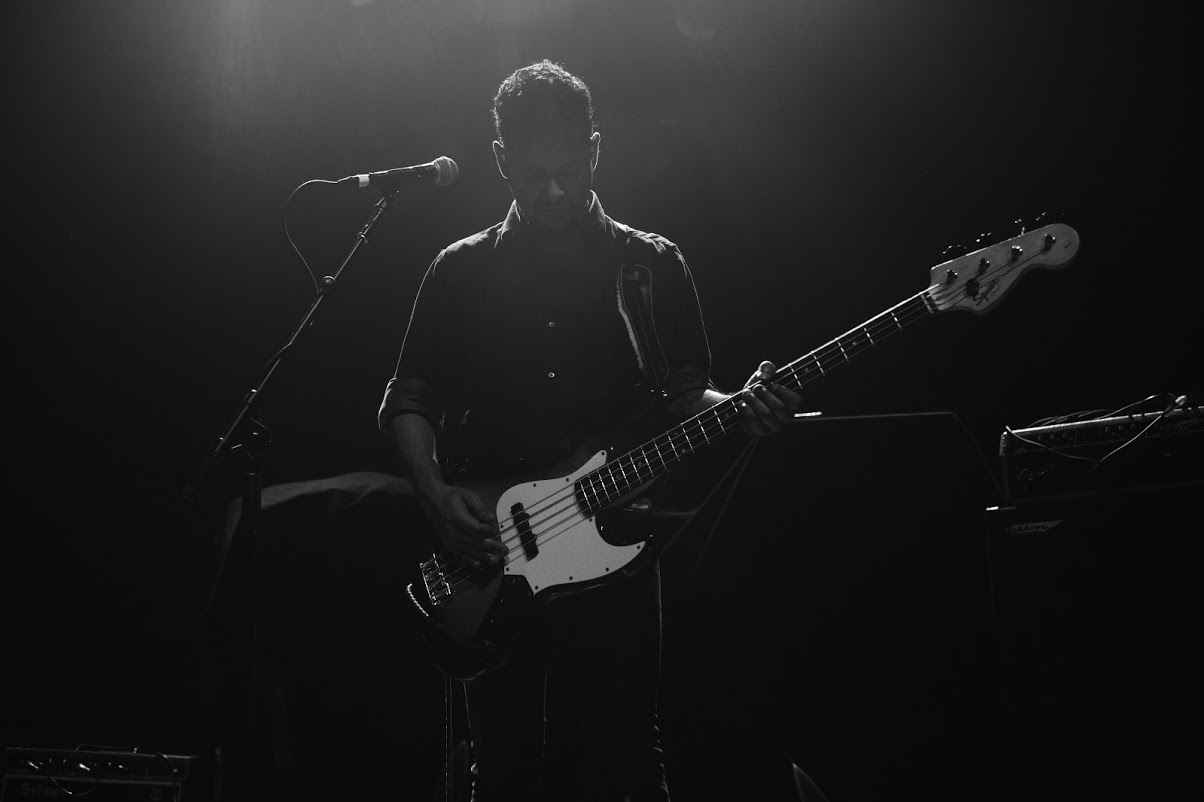 Crows might be Britain’s most dangerous new band – a danger to themselves, at least. Since forming in 2012 after having met at uni, the London-based quartet have racked up the injuries in the name of rock’n’roll, playing on for months through broken bones. Even if they were of the same stadium-headlining stature as Foo Fighters, they’d probably balk at the idea of getting a custom-made throne for their shows and carry on as normal.

“I’m really happy to be endorsed by a brand I already love!”

First, drummer Laurence Rushworth shattered the bone in his hand, but carried on playing without seeing a doctor for three months. When he finally went to hospital, he had to have a metal plate drilled into it. “They thought they were going to have to take some hip bone and pop into my hand,” he says. He was also hit by two cars three days apart, getting concussion and smashing two of his teeth out.

Frontman James Cox injured his hand via a common feature of Crows shows – punching the wall. “I thought it was a velvet wall,” he recalls. “I did it once and thought it probably looked really soft. I didn’t realise there was a gap [behind the sheet] so I did it harder again and bam, concrete.”

Though they came together over three years ago, compelled to do “something loud”, the band only consider things to have properly got going in the last year or two. “That’s when we started actually writing music that we like,” notes James. “When I stopped playing guitar that was when I thought we were doing what we wanted.”

A long weekend away in James’ hometown of Rhayader, Wales, gave Crows their first opportunity to spend days on end writing, jamming and playing together. After two days of sticking to their old formula, things finally clicked and the group were beginning to see the light. “We wrote some really repetitive psych-y stuff,” says guitarist Steve Goddard, explaining that was the moment they realised what the music they should be making was – rooted in psych, but combined with elements of other genres too.

It might be cliche, but there’s no one doing what Crows are right now. There’s an intensity and a darkness to the band and their songs that no other groups – new or established – are capturing as successfully, while placing them in a genre is no easy task. Although they’ve combined elements of garage, punk, psych and more in their music so far, they’ve refused to settle into the expected tropes of any one sound. “It’d be very easy to write something that would be popular now,” shrugs James. “That’s why we discard a lot of stuff – because it’s not something we’d be proud of.”

Live, they’re a force of nature – fierce, exhilarating and uncompromising. James is a transfixing frontman, locking eyes with their audiences with intense, fiendish stares. Support tours with the likes of Wolf Alice, Slaves, Metz and more have given Crows the chance to bewitch new fans on bigger stages, while they’ve found a likeminded audience in Europe, especially in Holland. They’ve developed an aesthetic that continues to set them apart from most new bands, too, with the help of artist Elliott Lane aka Moon Sick, who does the artwork for their records, tour posters, t-shirts and everything else in between.

Their new EP, ‘Unwelcome Light’, will be released by Telharmonium Records (the label behind The Magic Gang’s debut releases) and will continue to build on that growing reputation, while also showing a different side to the group. Opening track ‘Goodnight Evelyn’ is a whirring, dynamic that rises and dips between heavy peaks and sparse moments of quiet. ‘Hang Me High’ boasts an ominous slow build through creeping guitar lines and James’ morbid lyrics. As a whole, it’s cohesive and compelling; a record that pulls you into its ebb and flow. It’s a huge step up – where previous single ‘Pray’ thrashed and convulsed, here things are more considered and all wthe better for it.

Things might be going well for Crows right now, but that’s not to say their lives are easy. None of the band come from the privileged backgrounds that would make pushing the band as far as possible a breeze – instead they juggle touring and rehearsing with dead end jobs in hospitality and admin that no one dreams of doing, just so they can make this work. “None of us would work in the jobs that we do if we didn’t want to play music,” he says. “This is all any of us have ever wanted to do. We want to make a living off of touring and for people to hear us and know what we’re about.”

“I’ve used Rotosound strings for years and they definitely help the tone of my overall sound – I’m really happy to be endorsed by a brand I already love!”