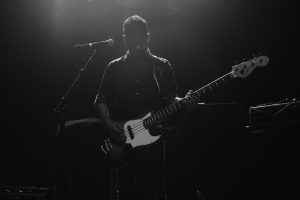 Crows might be Britain’s most dangerous new band – a danger to themselves, at least. Since forming in 2012 after having met at uni, the London-based quartet have racked up the injuries in the name of rock’n’roll, playing on for months through broken bones. Even if they were of the same stadium-headlining stature as Foo Fighters, they’d probably balk at the idea of getting a custom-made throne for their shows and carry on as normal.