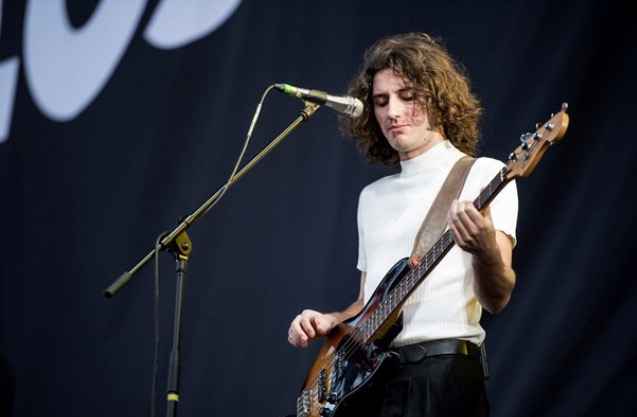 British quintet Blossoms formed in Stockport, a town just outside of Manchester, England, in 2013.

Their sound was pigeonholed as psych-pop, which the band didn’t like; rather, they hit a sweet spot between the Doors and Arctic Monkeys, combining a knack for classic pop songwriting and moody organ atmospherics with a youthful energy. Ogden’s delivery occupied the space between Richard Ashcroft (the Verve) and Alex Turner, of the aforementioned Monkeys, as the band slithered from spooky, groovy warmth to peppy Brit-pop. Debut single “You Pulled a Gun on Me” was a fine example of this combination, and the band continued to develop on subsequent singles “Blow” and “Cut Me and I’ll Bleed.” 2015 saw the release of two EPs – Blown Rose and Charlemagne.

As the band gained exposure, they released another EP, At Most a Kiss, in February 2016. The four-song set featured some new elements, including synths and a more driving urgency. Month later, Blossoms revealed plans for their debut full-length. The self-titled album was released in summer 2016, preceded by single “Getaway.”