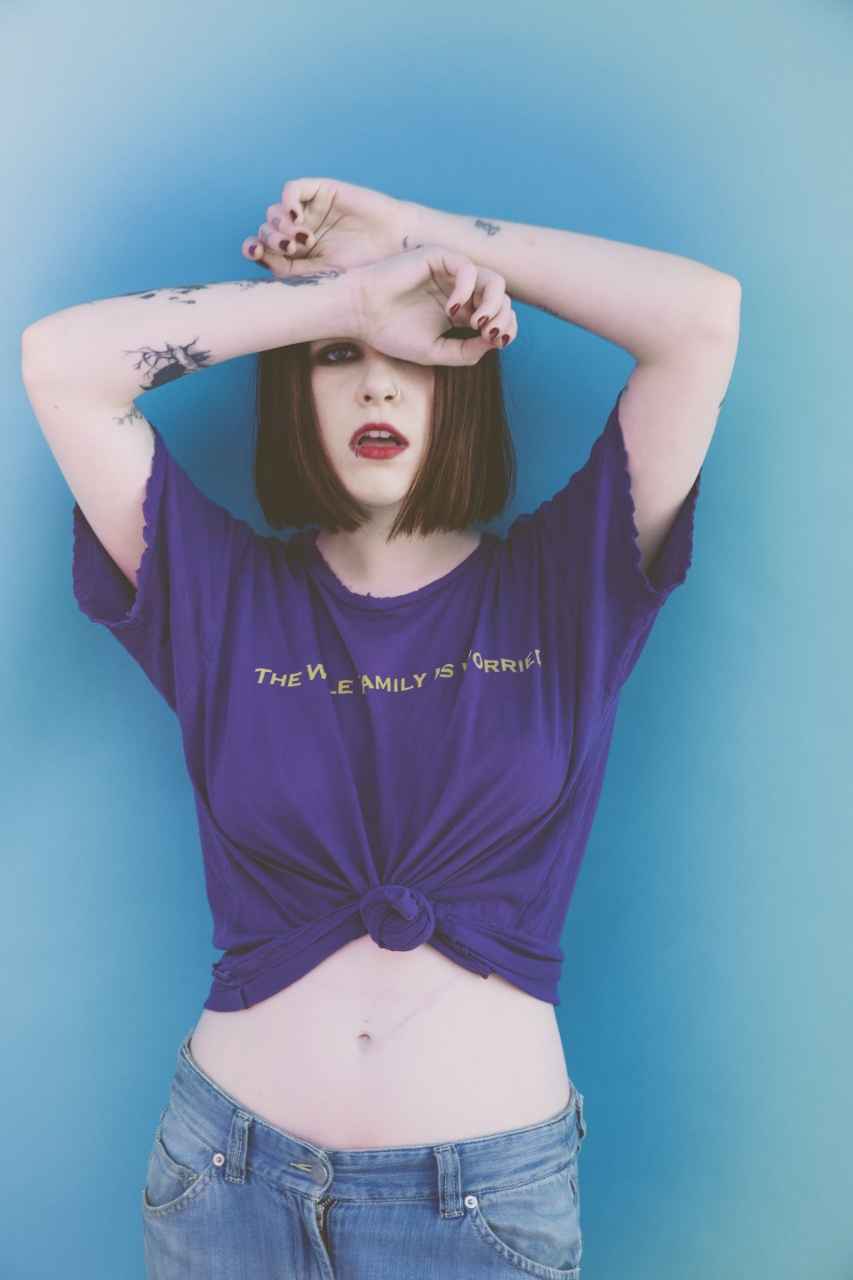 The songs on Misty Miller’s debut album “The Whole Family Is Worried” were written over a four year period during which the now 21-year-old guitarist had to figure out how to operate in a musical climate where female performers are increasingly shunted into the pigeonhole marked pop.

“They give a great sound and stay in tune for ages”

Although she released an album of ukulele-driven songs written in her early teens,
Misty’s story really starts in 2012 in pubs, clubs, living rooms and studio spaces dotted around those parts of south London that the tube doesn’t reach.

Encouraged by older brother Rufus (who passed on his love of dirty blues, The Stooges and Patti Smith as well as helping her figure out how to do justice to a Gibson SG), she brought her songs to the Easycome night hosted by veteran folk-punk maverick Andy Hank Dog and catering for everything from lampshade folk to feedback scuzz..

Straight away she spotted that the one thing that linked the eclectic bunch of largely unsung south London musicians playing Easycome was that “they did exactly what they wanted to do”. That helped form Misty’s ethos of “not being beaten by this industry and keeping my love for music”.

Of course that’s easier said that done. Just when she thought her punky duo Slit Lizard was getting the vibe she wanted, her drummer Olivia left London to go to college leaving Misty with a taste for a loud onstage sound and no one to play with.

Meanwhile, the record label were asking for new songs and suggesting co-writers, but just when Misty felt that she might have to step out of her south London comfort zone, she started swapping verses and choruses with Dan Lyons another Easycome regular and at the time a member of Fat White Family.

Jack Everett (currently of left field noise merchants Warmduscher) came in to provide bass over many long days in a makeshift studio on the Croydon-Beckenham borders. These sessions yielded two of the first tracks to make it onto the album – the dreamy retro-sounding “Stars” and the in-your-face “Happy”. They also made up the personnel in Misty’s first full band line-up. Their first live show was headlining the 2013 Brixton Oxjam festival and tours with acts as varied as Eels, Jake Bugg and Television soon followed.

Like the majority of other albums in your collection, “The Whole Family Is Worried” might have taken a bit longer than had been hoped to see the light of day but it’s here and been previewed nicely over the past few months with Radio 1’s Annie Mac’s making that summery anthem “Happy” her Hottest Record, an accolade Zane Lowe also gave to previous single “Best Friend”. Crowds at Reading, Leeds and Bestival were also treated to energetic half-hour bursts from the album.

And one of the best bits is she has a tight new four-piece band (plucked, you guessed it, from contemporaries including one who used to jam at that Easycome night) to bring the whole thing to life next year.

“They give a great sound and stay in tune for ages”