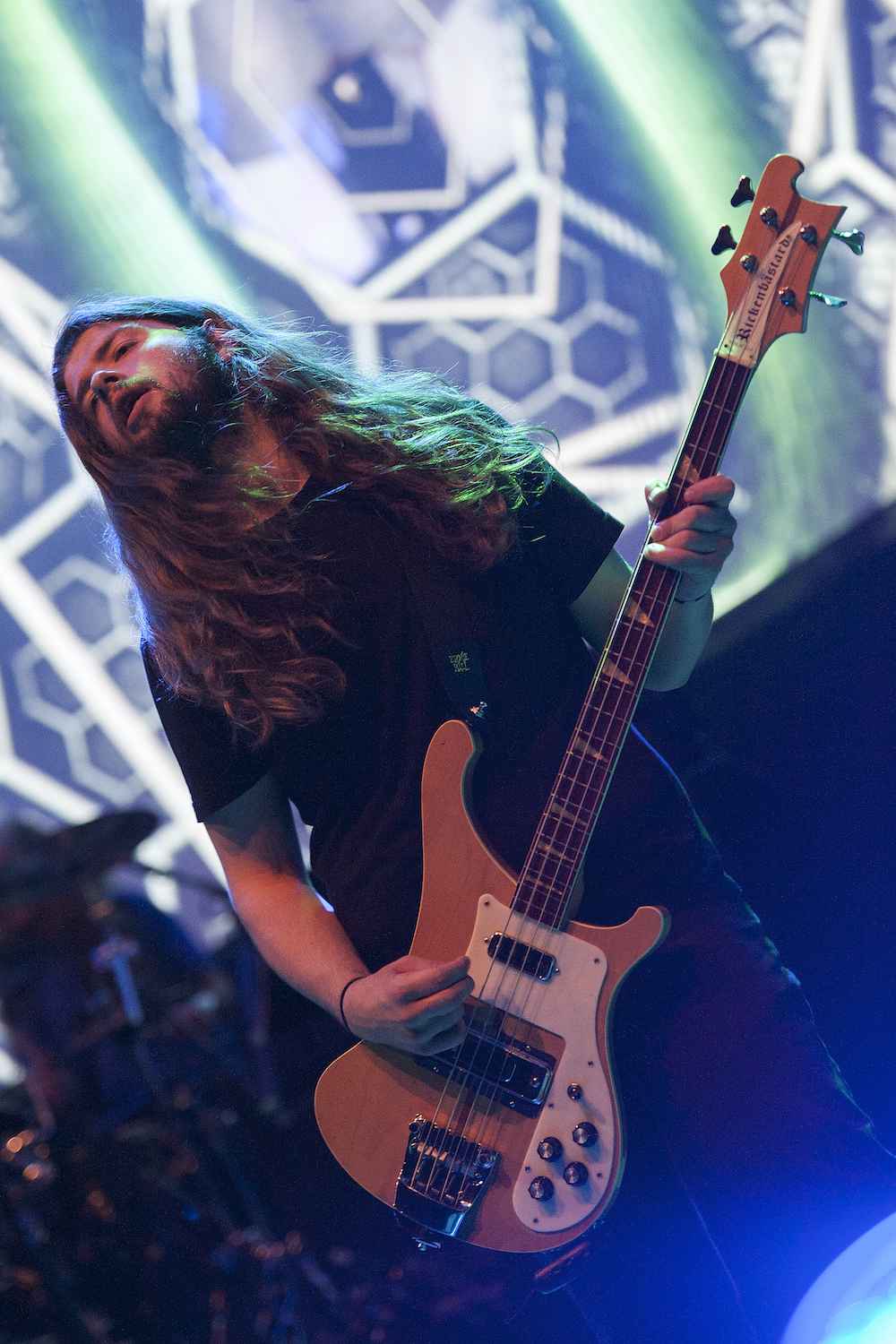 Hawkwind are pioneers of the space rock genre and the psychedelic music scene in the UK. Formed by in 1969 Dave Brock in Ladbroke Grove, London, the band released their self-titled debut in 1970, and came to mainstream attention in 1972 with the No. 3 hit Silver Machine, featuring Lemmy on vocals.

‘Rotosound strings made such a tonal difference – good strings are, in my opinion, perhaps the biggest factor of great tone. They’re also durable; they sound brighter for longer.’

Everyone uses them and that’s for a reason.

Around this time, the band began collaborating with characters such as the poet and visionary Robert Calvert, sci-fi author Michael Moorcock, and psychedelic lightshow designer Liquid Len. Hawkwind became synonymous with the counterculture of the time, appearing at countless free festivals and benefit shows across the country, while continually producing a series of highly acclaimed and commercially successful albums.

Lemmy departed in 1975 and formed his own group, Motorhead, while Hawkwind continued through the late Seventies with Robert Calvert on vocals, releasing albums such as Quark, Strangeness & Charm, PXR5 and 25 Years On. Hawkwind released two Top 10 albums in 1980, including the studio album Levitation, which featured Cream’s Ginger Baker on drums. Throughout the early eighties, the band made regular inroads in the national, independent and heavy metal charts and in 1985, undertook an ambitious project of a concept album and subsequent tour based around Michael Moorcock’s Elric series, entitled The Chronicle of the Black Sword.

Progressing yet again, through late eighties and early nineties, Hawkwind pursued a more electronic direction, heavily influencing the rave movement of the time. In 1992, the band released the Gimme Shelter single with Sam Fox in benefit of the charity Shelter. The band were prolific throughout the nineties releasing albums such as Electric Tepee and Alien 4 and touring extensively, with large stage productions such as that of the Love In Space tour. Hawkwind moved into the millennium with television appearances in the UK and Australia, and collaborations with the legendary Arthur Brown. The band have continued through the 21st century with extensive studio output and a consistent touring schedule, featuring collaborations from the likes of TV personality Matthew Wright, actor Brian Blessed, Gong guitarist Steve Hillage and Levellers’ violinist Jon Sevink. The band have also organised their own series of festivals under the Hawkfest banner, and run other special events such as Hawkeaster and Hawktoberfest.

In 2016, the band released the concept album The Machine Stops on Cherry Red Records, which held position at No. 29 in the UK album charts, which was followed by an extensive UK tour with many sold out dates. Hawkwind’s latest studio album, “Into The Woods” will be released in 2017, and as always, the band will be touring the UK and beyond through headline tours and major festival appearances.