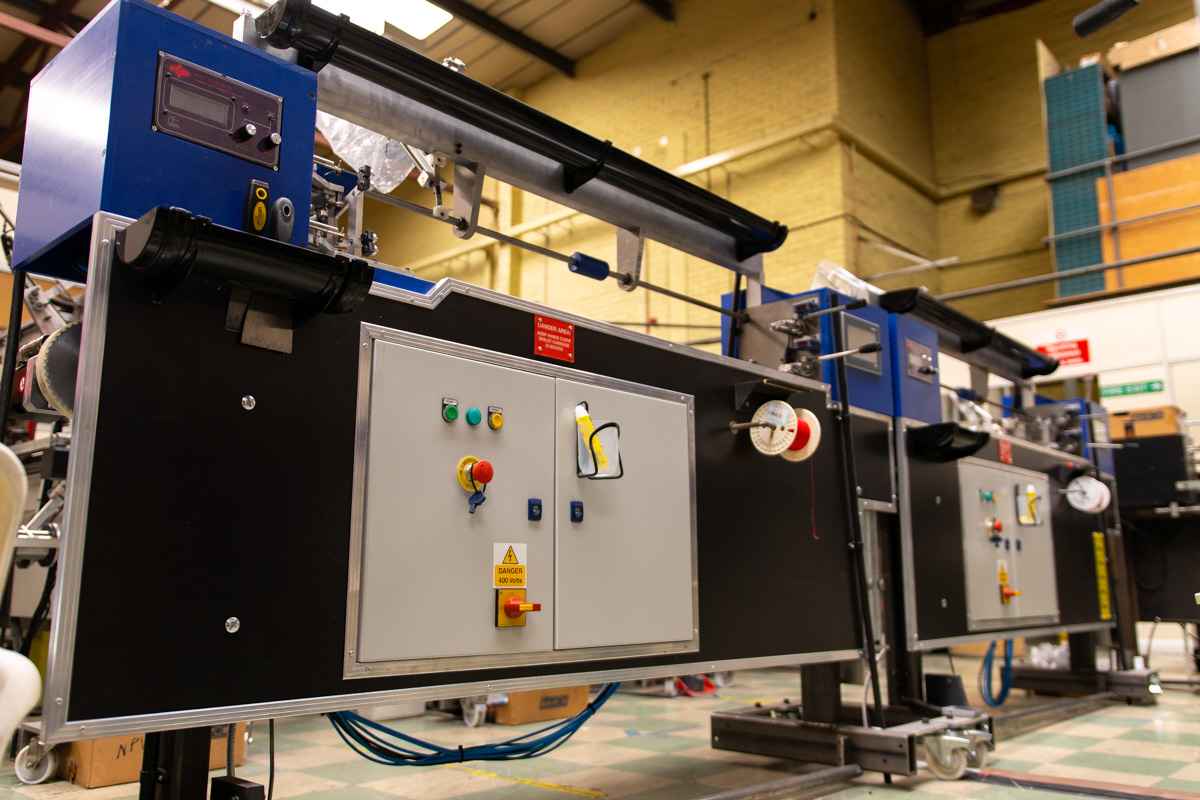 If proof was ever needed that talent runs in the family, look no further than Rotosound's Jason How. Following in his father James How's footsteps as both a musician and engineer, Jason has rolled the next generation of string winding machines onto the factory floor, promising a more efficient, greener, and consistent product.

Who better to tell the story of Rotosound's history of making the machines that make the strings than the man himself...

We’re a passionate manufacturing business and you’re always going to be finding better ways to make stuff. Which I think is important.

Due to our unique manufacturing system, we use less energy per string than ever before.

Learning how to make “stuff”

When I was about eighteen my dad said to me, “Go and learn how to make stuff.” That was it really because from that one saying I thought, well, I can go off to college and study engineering. My dad was an engineer anyway so I’d grown up with that in the seventies and eighties – you know helping him take Bugatti engines out and motorbike engines and stuff – so I already had a bit of an aptitude for doing it.

But I do remember very clearly – not long after my dad died – looking at the machines that he’d built and saying to myself, “I know absolutely nothing about building string machines!” It just seemed at the time like this big challenge. But I didn’t feel intimidated I felt very confident that I could actually get on and do the job – but I knew it was gonna take a long time. So that whole thing of him telling me to go and make stuff was really key.

We’re a passionate manufacturing business and you’re always going to be finding better ways to make stuff. Which I think is important.

One piece at a time

Going back right to the start; the story that sticks in my mind the most was when my dad used to work at the Royal Ordnance Factory in Woolwich in the 1950s. I think it might be my uncle or auntie who told me that every day he’d go to work and he’d take this big bag to work and then lunchtime he’d make bits for the first string machine that he was gonna build in the shed down the bottom of his garden. So he’d come out every night with this bag full of the bits and slowly over the months he had all these bits that he’d milled, turned, and machined in his lunch breaks. So that’s how the first string machine was built.

He made built a lot of machines in the 1960s and they’re called the “J.H.I. string winding machines” because on the heads on each end of the machine it’s stamped on the casting James How Industries. Right at the start pretty much everything would have been made on those because everything would have been hand-wound. And obviously guitar strings being a really fine cover wire, when you’re standing there hand-winding .004 it takes you two minutes to wrap one end of the string to the other! So they’re not very good machines for making guitar strings fast but they’re very good machines for making bass strings; especially the flatwound strings.

We still use quite a number of those machines today exactly the same as they were in the sixties and making the strings exactly the same way. We’ve toyed around with other ideas and we’ve bought other machines we’re like “yeah we’re gonna do this, we’re gonna speed that up”, but in the end it just comes back to making in the same way on the same machines and I really don’t think there’s any silver bullet to making them any faster or better.

In 1984 I was living at home in my mum and dad, and I just got my first Saab car that I was restoring down one end of the garage. My end was covered in car parts and grease and muck and stuff and my dad hated it with a vengeance because I’d go borrow his tools and they’d come back all greasy! Down the other end of the garage my dad was starting to develop these new guitar string winding machines, which were to become what we call the multi-spindle machines. That was a unique idea because he was like “how can we make more guitar strings?” We needed to make them faster, more efficiently and more consistently.

When my dad died in 1994 all those machines were sitting around here in the factory but they weren’t really being used to the best of their ability. So, I looked at modifying the machines so we could make a much wider range of strings on them; basically all the guitar strings, which is what we do now. We modified and built about another batch of machines incorporating these new modifications that I’d come up with to make the strings better. So with the combination of those machines and the new bass string machines we really got the production sorted.

The roundwound bass strings were always made on the J.H.I. machines right from the mid sixties up to 2003. A couple of years’ prior to that I started designing machines that were going to automate all the winding for the roundwounds; the Swing Bass. The Swing Bass was our biggest selling bass string in terms of volume so we really had to find a way of automating and making them better, more consistent.

So, I built prototypes in 2002 that took 18 months to build and we just tested them for about a year. I then decided to build another whole batch of machines – which we termed the “Red Multis” because the plastic colours are red – and they went into production July 2006. All our roundwound bass string production by that time had then gone over to the new machines. The benefit of those machines is the consistency, the production output is a lot faster, and they’re a lot easier and safer to operate because you can you can make strings on them without a lot of actual contact with the raw materials.

The latest and greatest

So then in 2012 I had an idea to improve the production output on the Red Multis, which was good anyway, but I thought we could do it better. Because I’m really the only one here who is building machines (apart from some of the work we outsource) I’d had enough of being in a workshop and I was like “I can’t be arsed to get back in there for another two years!”, you know because that’s what it was going to take. So I kind of put this idea off and shelved it and it was like “well, it’s there and I know I need to do it. But I’m going to have to find a time when I’m happy to do it”, and so in 2019 I decided that we had to get these machines built because it’s important for the company.

These were a combination of the newest machines we had and some other very important upgrades to the manufacturing process to get improved the consistency and the production output. Also, due to our unique manufacturing system, we use less energy per string than ever before.

So here we are in July 2021 and the new batch of machines are finished, they’re on the shop floor making the roundwound bass strings, and are the basically being tested out as we speak. Everything coming off the machines looks good and sounds great, so yes, exciting time ahead!

Living up to the legacy

It’s funny because our beginnings are like a lot of string companies: most of the people who started them have an engineering background and a musical background. But the two things don’t generally go together. I think it’s different parts brain that do both bits, you know?

The thing is with our product; I have worried so much about all the famous players that had used our strings made on my dad’s old machines and I just thought I’m really treading on something really a bit special here. I didn’t want to just come out with new machines that made strings three times faster but didn’t sound the same. So we incorporated as much as we could; all the critical things in the old machines are incorporated into the new machines. 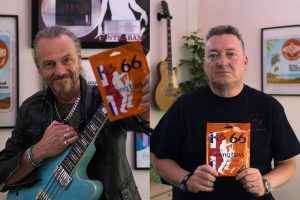 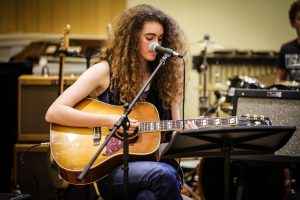 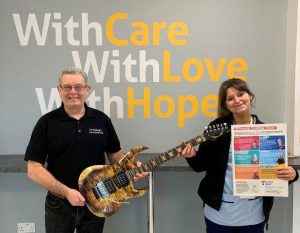 Helping a worthy cause with 12Guitars and the Teenage Cancer Trust