Unfortunately there are no simple approaches to being able to play every Beatles song. One of the reasons they were so popular is because they were influenced by a huge variety of styles. However there are some guitar chords, progressions, and tones that stand out in their music. In this lesson we will look at how to play songs by The Beatles for all guitar skill levels.

One chord progression can be quite versatile depending on the melody and rhythm!

The first and most important aspect is to practice playing the music of The Beatles. Paul, John, Ringo, and George all learned to play by copying the records they brought home. We have chord charts, sheet music, and tablature sites, they did not have such a luxury. In fact they supposedly had to ride a bus across town to learn to play the chord B7! They didn’t have the modern luxury of an online guitar chord finder. While they had basic music education as children, they were not that aware of theory yet or that technically proficient.

You can learn the same way by googling chords, using a guitar chord chart, and playing along with the songs. Copy the strums, the solos, and be prepared to get frustrated, mess up, and do it over and over. This simple process of playing along with a song will be the best practice and there are a few good songs to start on.

Chords and Common Progressions Played by The Beatles

As you start to play more Beatles songs you will see some repeated chord progressions that they preferred.

The I-IV-V is a staple of many of their early rock and blues hits. It is used in variations like “Love Me Do,” “Dig It,” “Don’t Pass Me By,” “Revolution,” and “Maggie Mae.” One chord progression can be quite versatile depending on the melody and rhythm!

The I-V-vi-IV was used in the verse to “Let it Be” and the doo wop variation of I-vi-IV-V makes an appearance in “Happiness is a Warm Gun,” “Octopus’s Garden,” and “I’ve Just Seen a Face.” And a vi-V-IV-I or more sensitive variation is used in “Rocky Raccoon.”

The I-II-V-I is known as the pop Lydian progression and was used often in songs like “You Won’t See Me,” “Sgt. Peppers,” and “Eight Days a Week.” They liked to use major II and III chord substitutions.

The I-bVII-IV is used in “Get Back,” “A Hard Day’s Night,” and “Lady Madonna” replaces the bVII with a major VI to get that 1950’s rock vibe. “Yer Blues” mixes a II in the progression and that song is also in a 12/8 time signature!

And parts of “Honey Pie” follow the Circle of Fifths jazz progression of E7-A7-D7-G. The band used every progression available to them! And as you play their songs you will always have to learn more chords; they took advantage of ever chord they could!

Rock and roll is known for its 7th chords and minors, but The Beatles also mixed in more complex jazz inspired chords. At the start of “Oh Darling” the first ‘oh’ is an E augmented for the added tension. They also liked to end their songs with 6th chords. “She Loves You” has that famous Beatles signature ending with a G6 chord.

“Blue Jay Way” sounds so odd because it is filled with diminished 7ths and 9ths and has plenty of tritones. As you play more songs of The Beatles you will have to progress into some complex chords. Some of the more complicated songs are “While My Guitar Gently Weeps,” “I Want You,”  “Martha My Dear,” and “Penny Lane.”

Tones and Tech of The Beatles

The Beatles started out on some cheap guitars, so don’t worry if you don’t have the original instruments. Their early clean tone was defined by John’s semi solid electric and George’s semi-hollow body Gretsch running through Vox amplifiers. Later they used a variety of other guitar models like Epiphone, Gibson, and of course Paul’s bass was the famous Hofner violin shaped bass.

Pedals and effects units were not that popular in the early 60’s but as the decade progressed the band used fuzz effects for songs like “Think for Yourself” and “Taxman.” They also used slight compression and overdrive on hits like “Day Tripper,” and some of the heaviest overdrive and distortion is on “Revolution.” And “Happiness is a Warm Gun” makes use of reverb and delay at one point and heavy distortion in another.

Because pedals weren’t that popular in their era, you will not need any crazy setups to recreate their sound. If you are really obsessed with learning the specific tones and signal chains it is worth watching the recent Get Back documentary as you get an up close and personal look! The band is also so popular that it doesn’t take long to find any answers to specific tone questions.

And of course many of their songs can be played on an acoustic guitar. If you have a 12-string guitar, try “Blackbird,” it is challenging but awesome once you have the arpeggios down. Obviously the songs that are more piano-centric may be challenging when trying to make a guitar cover, but it can be done. And its’s important to note that the beginning of “The Continuing Story of Bungalow Bill” was not a Beatles guitar riff, they used a mellotron pre-recorded tape!

You don’t have to own an original Vox AC30 amp or 12-string electric Rickenbacker to play the music of The Beatles. Even amp modelling software will be fine for getting a correct tone. The harder part of playing their songs is usually learning the chords and riffs. Just be careful when trying to get the feedback on “I Feel Fine”.

As we’re featuring this article on the Rotosound blog, we should mention that The Beatles used Rotosound strings when writing and recording many of these songs. The smooth and deep Paul McCartney bass tone across the Abbey Road and Let It Be sessions was produced with Rotosound Tru Bass 88 nylon tape wound bass strings – the baseline on “Come Together” is a fantastic example of this.

Quite recently it was discovered what guitar strings George Harrison used: one of George’s guitars went up for auction with a set of Rotosound RS44 strings in the guitar case. Rotosound make strings for acoustic and 12-string guitars too – perfect for getting the Beatles vibe.

The Beatles cover so many genres that almost any guitar player can find one of their songs suitable for their skill level. One of the best musical education books would be The Beatles complete scores as they cover most styles of music in the 20th century. Their later solo work is also great practice for guitar players. If you want to learn to play The Beatles, just listen and look up the chords of every song you like on the guitar. They are not just a great band; they are accessible and easy with enough practice!

By Shawn Leonhardt for 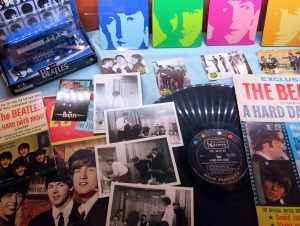 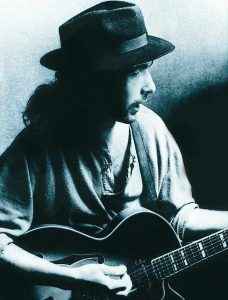 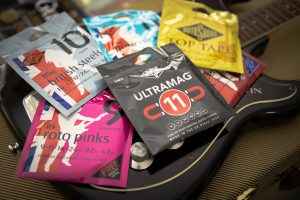 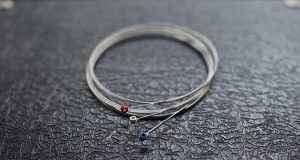 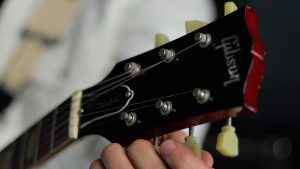 A Crash Course in Alternate Tunings 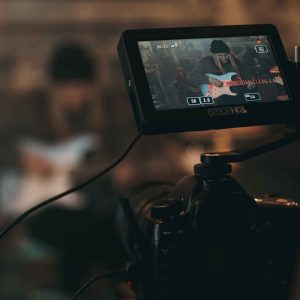 PrevDeconstructing Electric Guitar Strings: Materials, Design and What They Do Best
Spiders from Mars turns 50Next