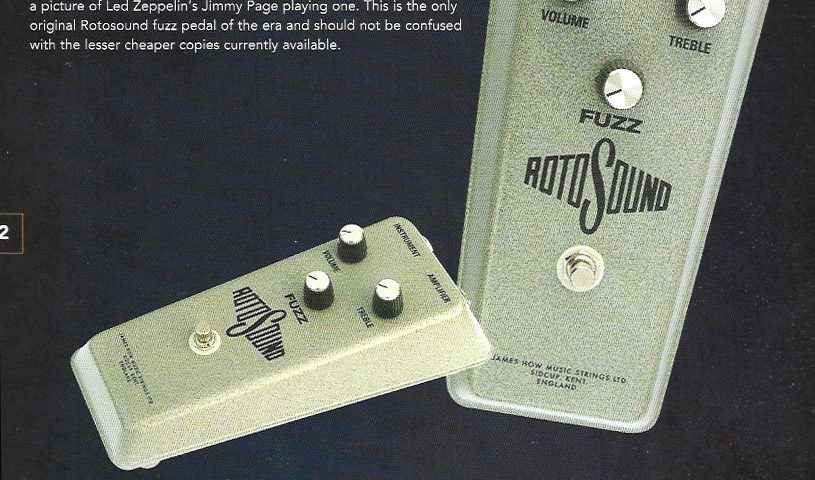 An email from a gentleman in Arizona, USA sparked off interest in a dormant product that James How had only sold as prototypes back in the late sixties. The Rotosound fuzz pedal was originally manufactured to James How’s specifications back in 1967 as James was good friends with Dick Denny (who he was in the RAF with during the war) and Tom Jennings who was the Managing Director of Vox at that time.

This heritage has caused quite a stir so it was decided that upon close inspection we could reissue the original pedal with only a few small mods to bring it up to date along with a more usable spec. With help from Andy Brunt and Dr. Barry Pyatt we set to work on re-creating the original pedal.

The production run was limited to 2000 units. The first run was released in 2012 and sold out almost immediately.